The project foresees the renovation of an existing volume in disuse within the hospital complex of the Humanitas Institute in Rozzano (Milan) that will serve as new headquarters and landmark symbol of the Humanitas group.
The original volume presented itself as a parallelepiped structure balanced on the border of the existing building’s roof privy of an entryway to the main building. The project’s goal takes advantage of the building’s favorable position and creates a kind of “light box”, an etherial body that allows for transparency and visibility from within the complex and, thanks to illumination during the evening, guarantees visibility of the complex from the street. The connection with the main building is ensured by the creation of a new roof garden with blocks of greenery that accompanies the visitor ‘s path through the space, while also animating the view from the above hospital rooms. 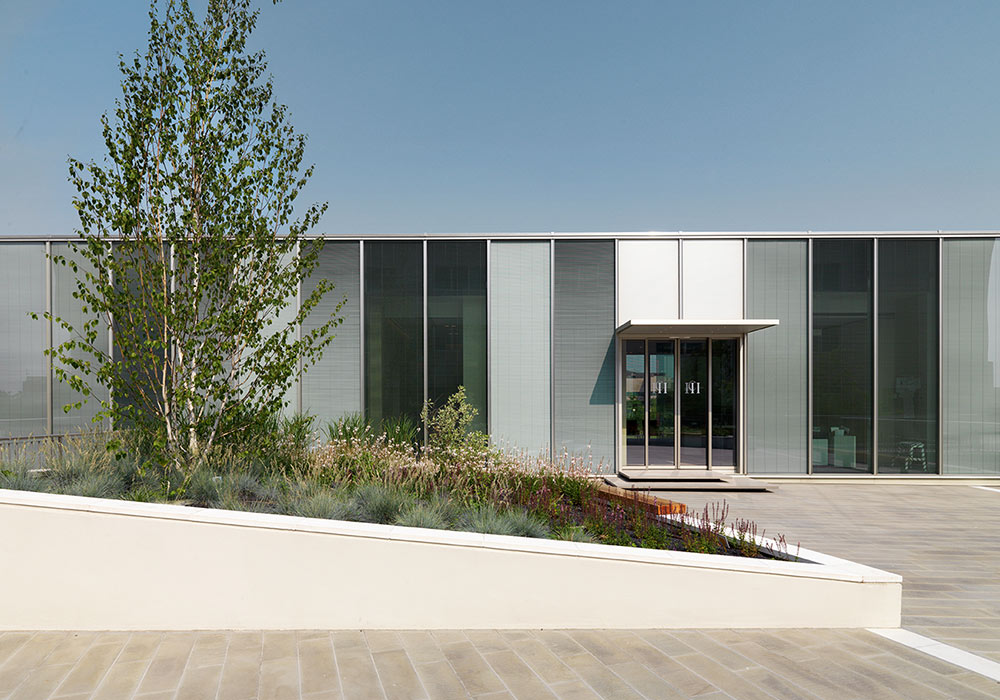 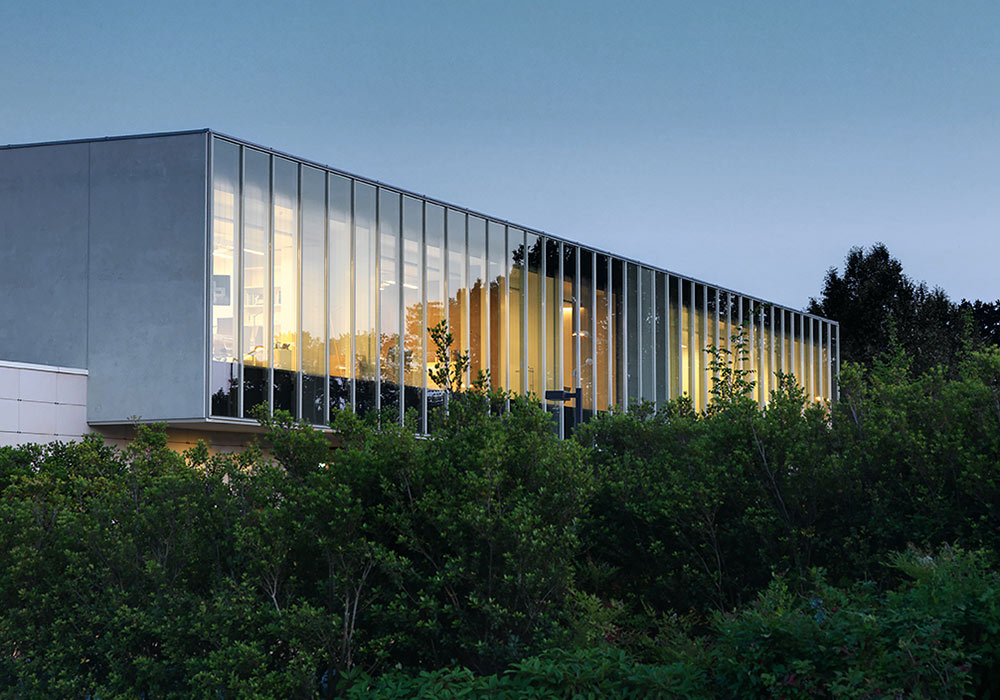 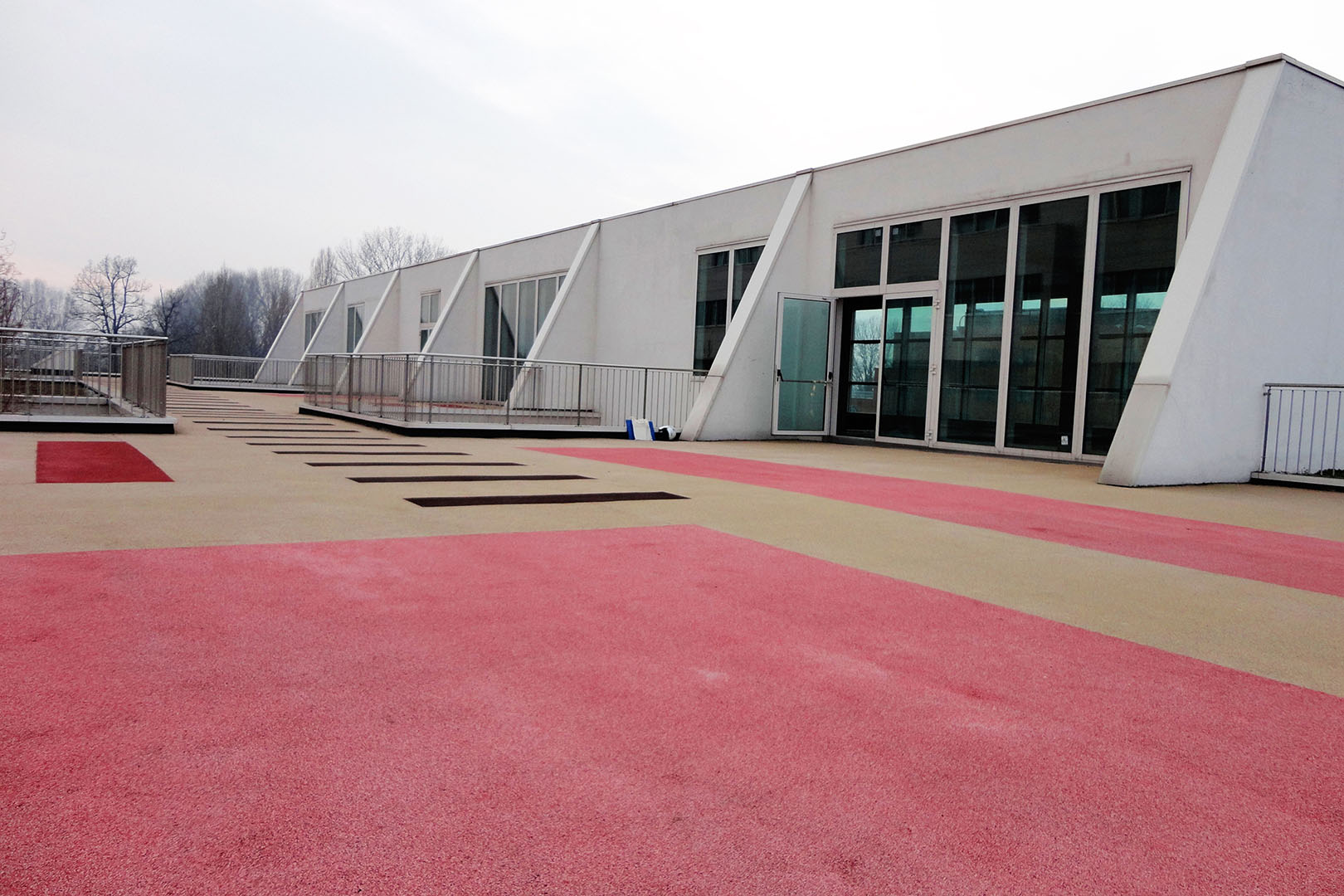 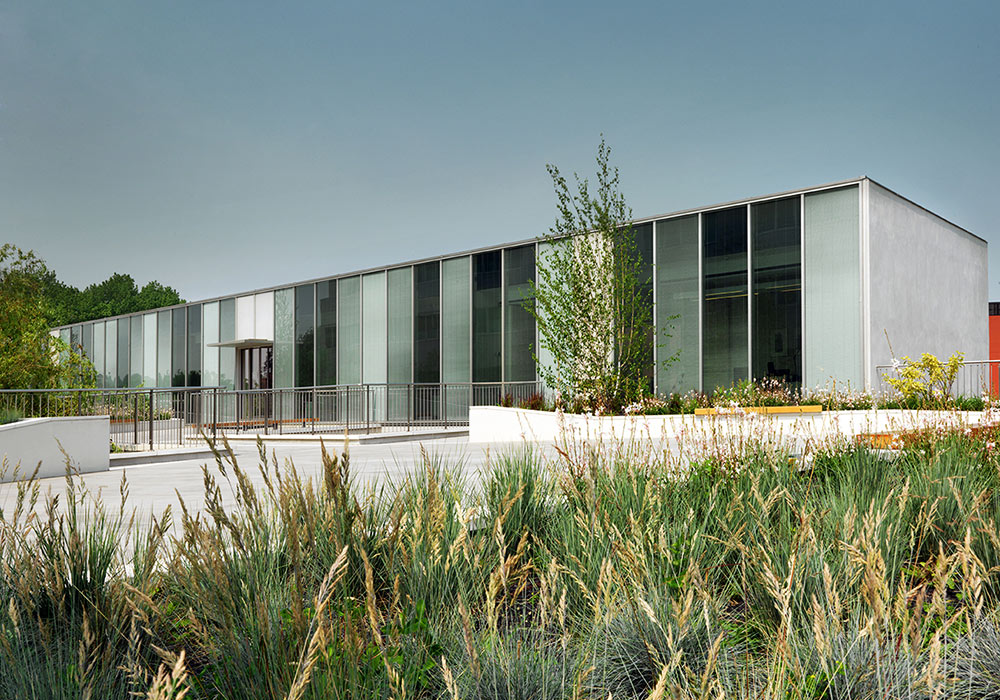 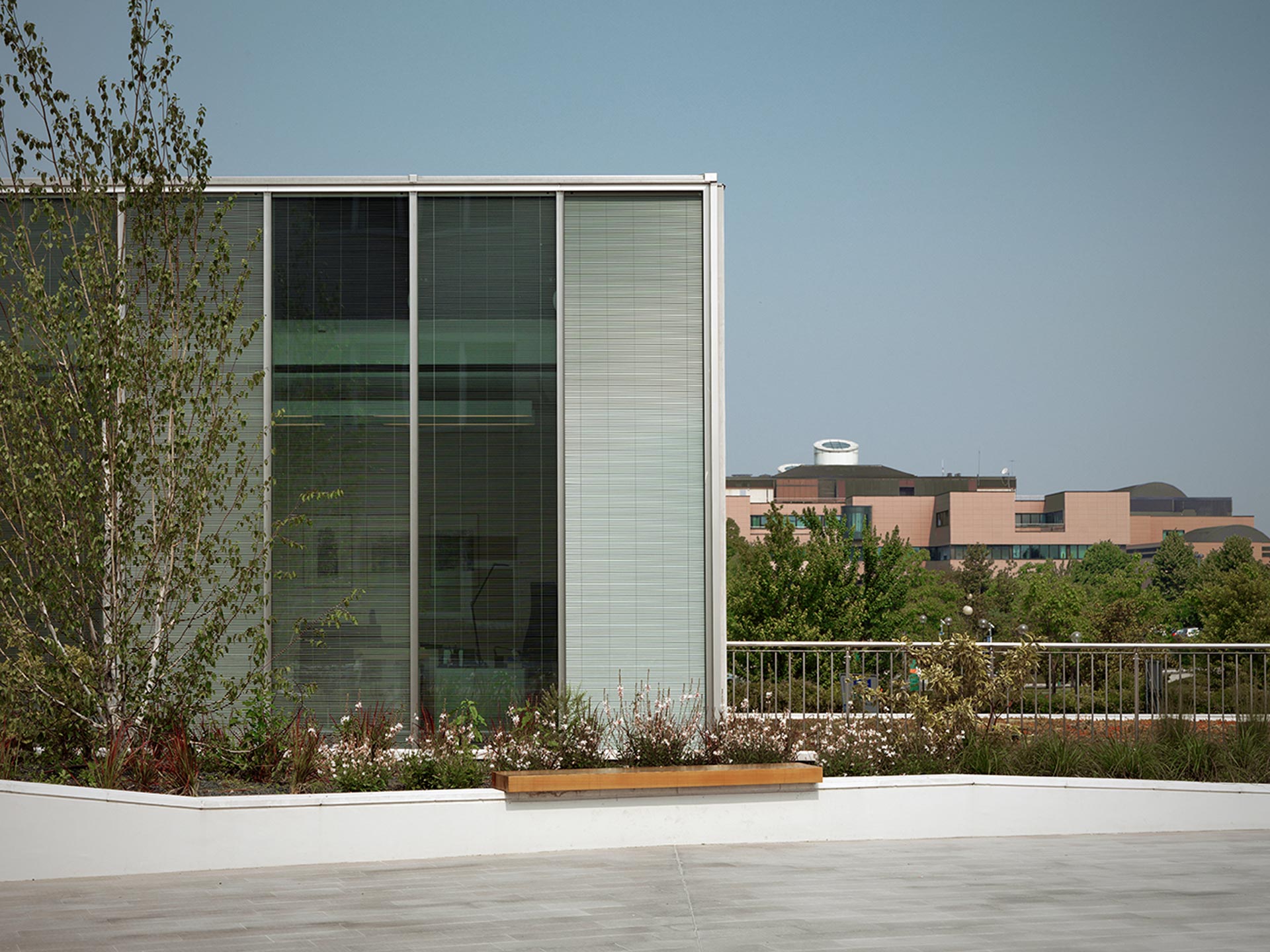 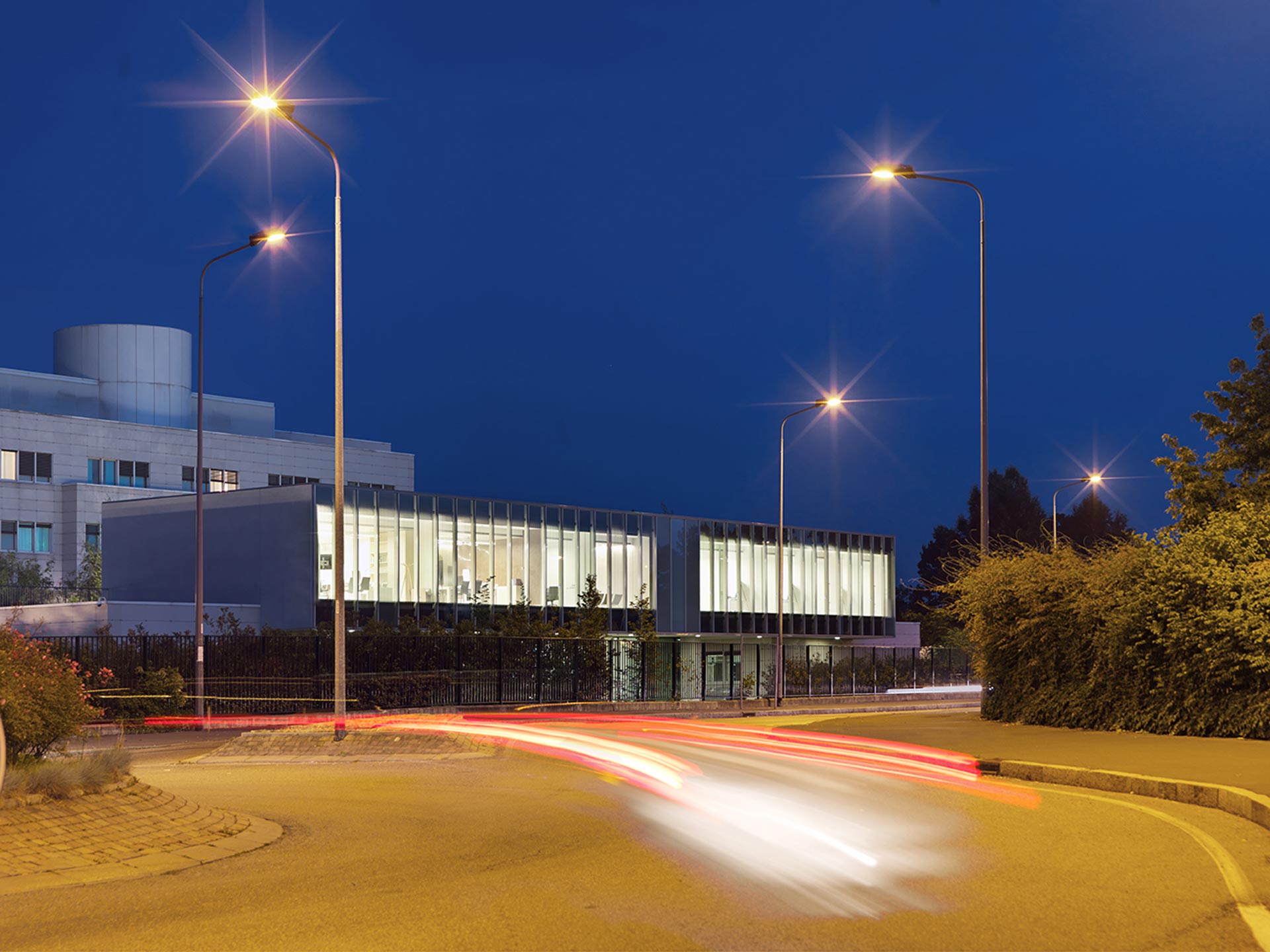 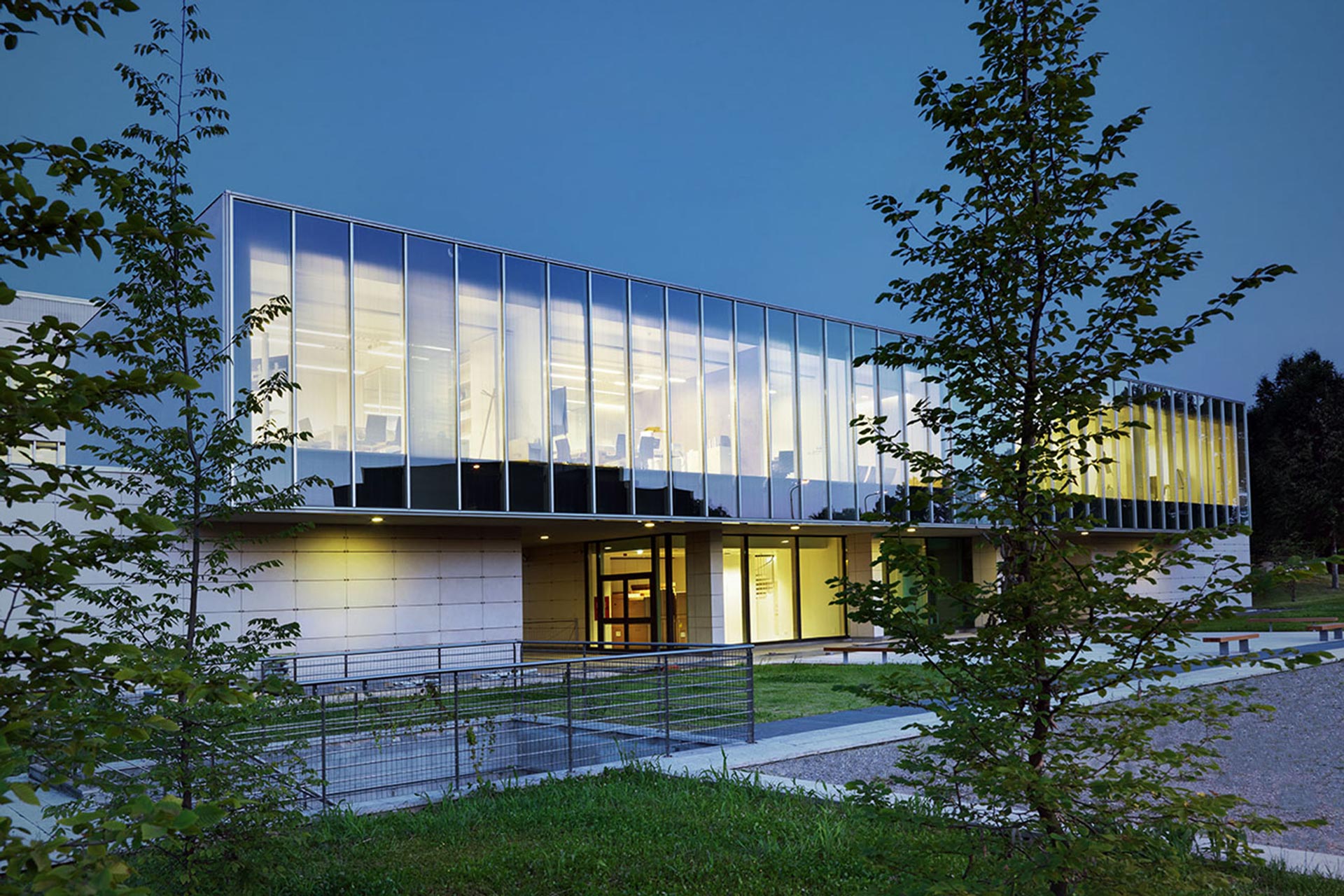 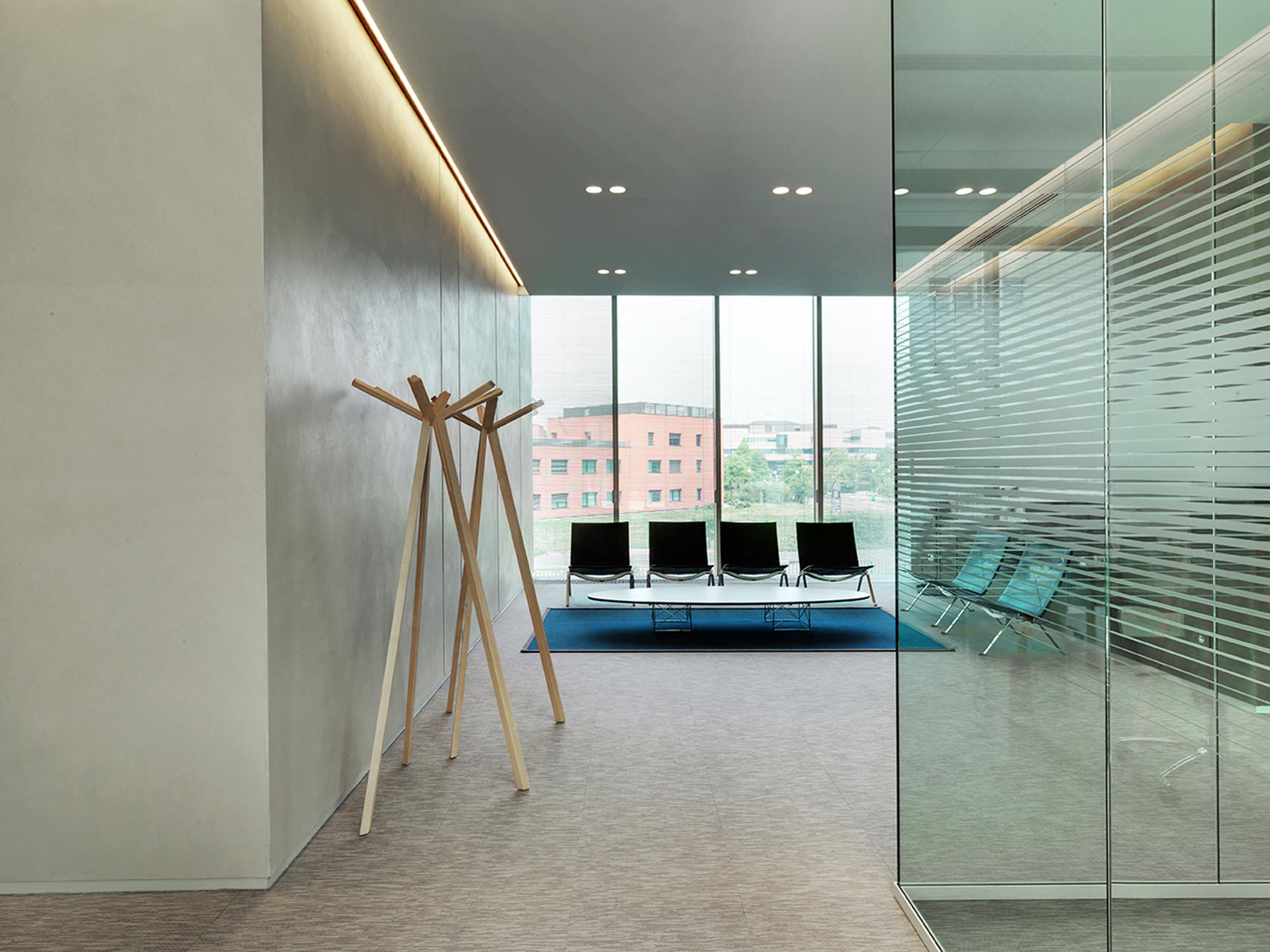 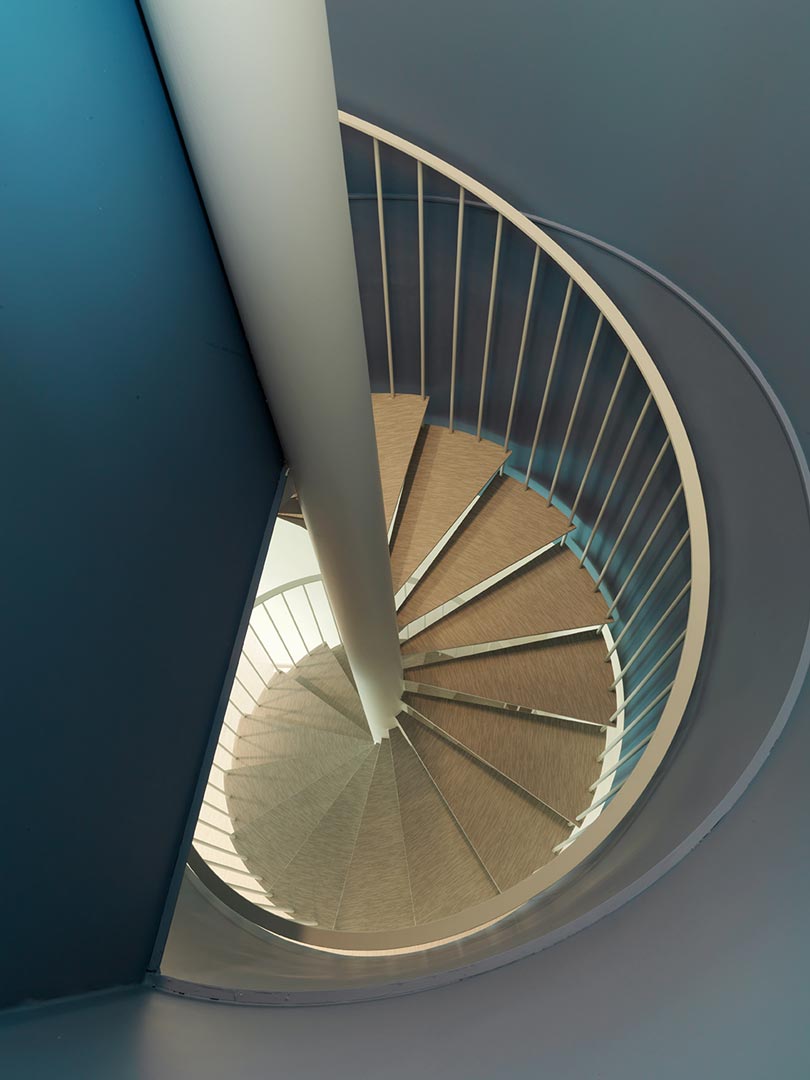 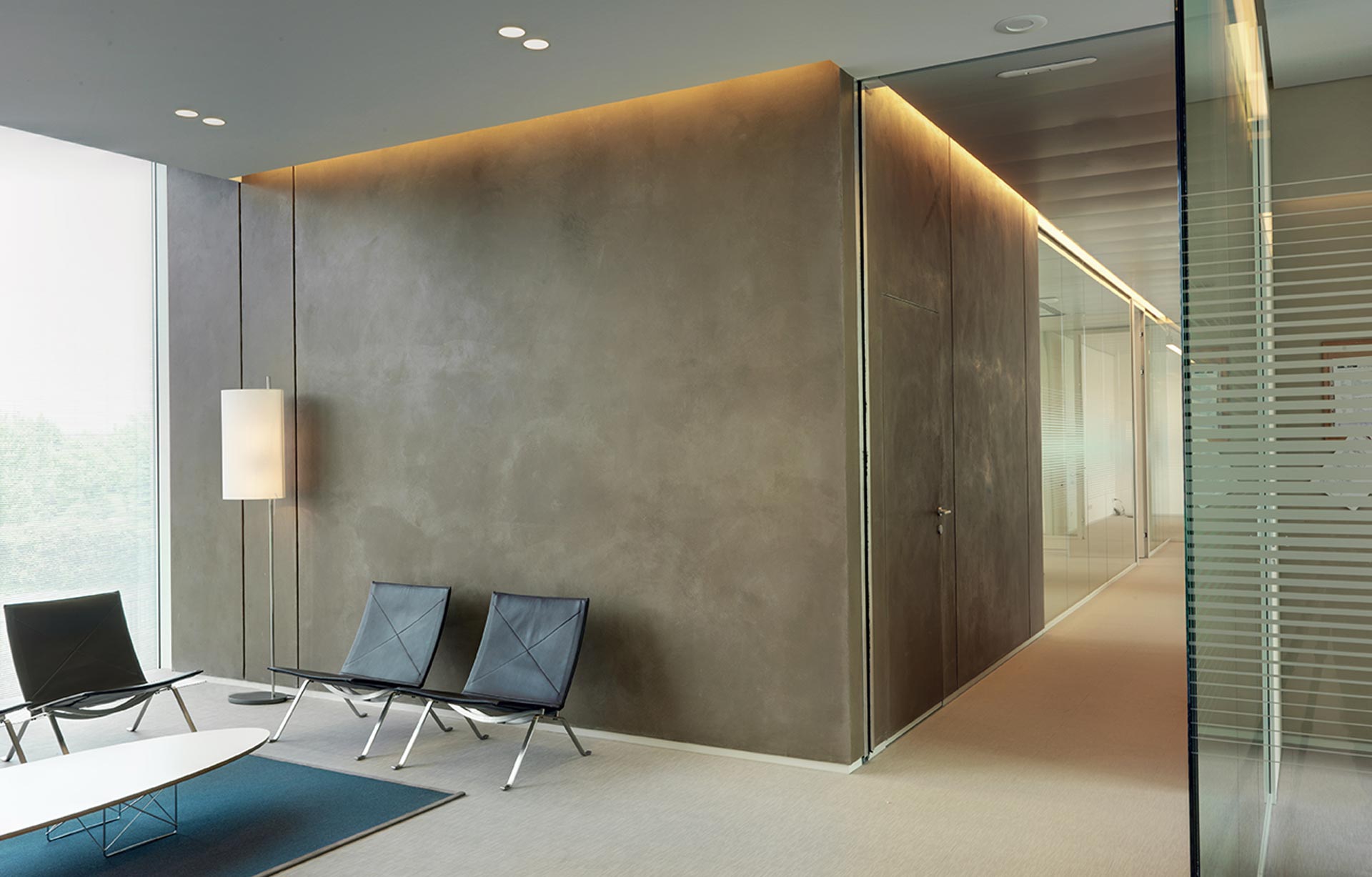