Tenova Pomini factory, based in Castellanza, Varese (Italy), is the flagship of the Tenova group, worldwide supplier of advanced technologies, products and engineering services for the metals, mining and minerals industries. Equipped with the most advanced CNC machine tools, the 25.000 sqm factory is mainly focused on the production of Tenova Pomini roll grinders.
The company’s productive efficiency was contrasted by the obsolescence and inefficiency of the existing office building, constructed in 1960, which is connected to the factory by a passage way. The state of the building was such that an integral refurbishment was not economical sustainable, thus creating the need to conceive a new building, functional to the company’s current production demands and corporate image. The necessity is that of integrating the new facade harmoniously with the existing factory building while also respecting the various speeds of perception of the building: by passing cars on the highway and by visitors at the building’ entrance. The result is a facade characterized by two orders. Large portals articulate the building’s structural span and the recessed windows are proportioned after the factory’s skylight facade, which backdrops the new building. 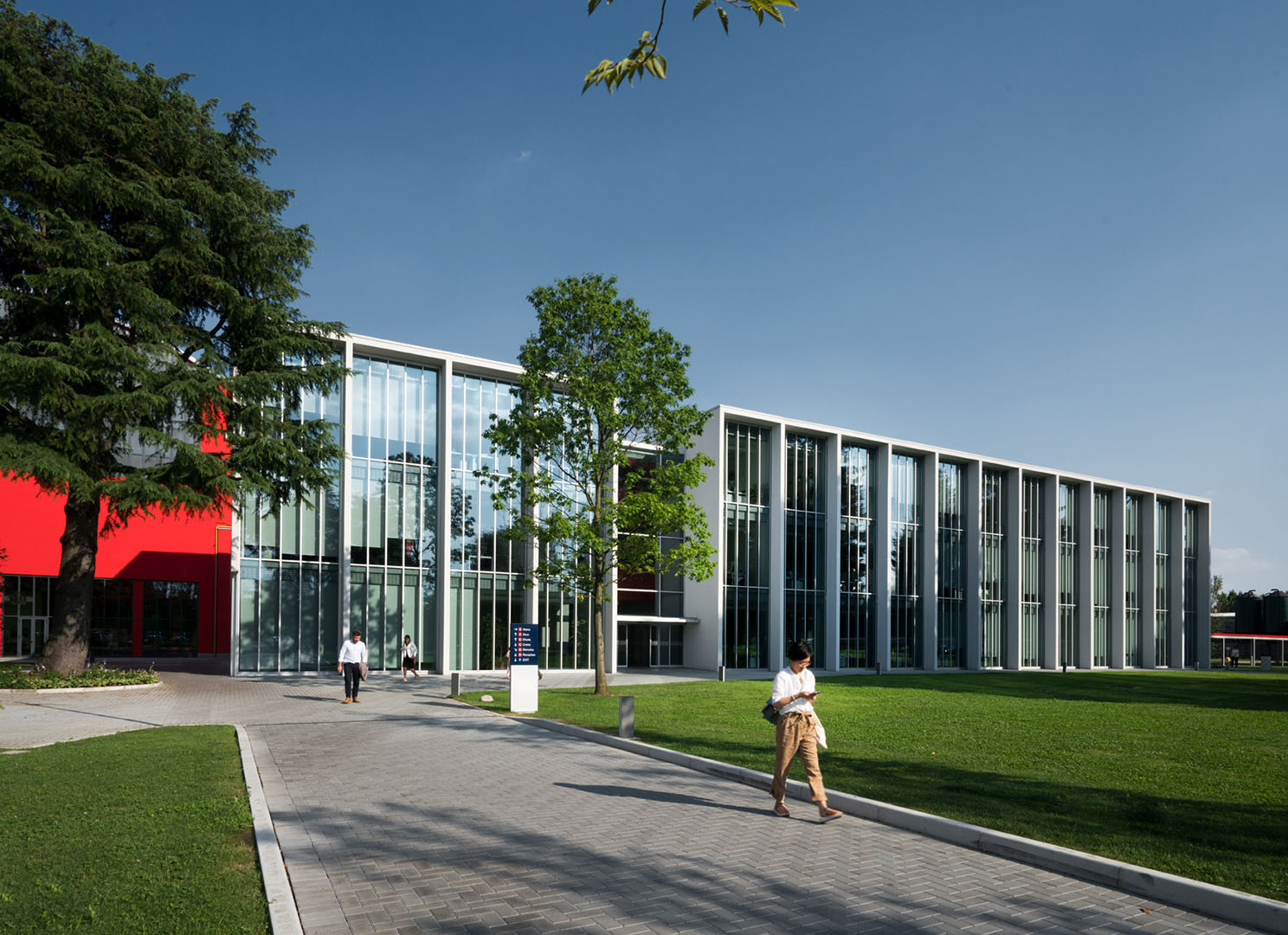 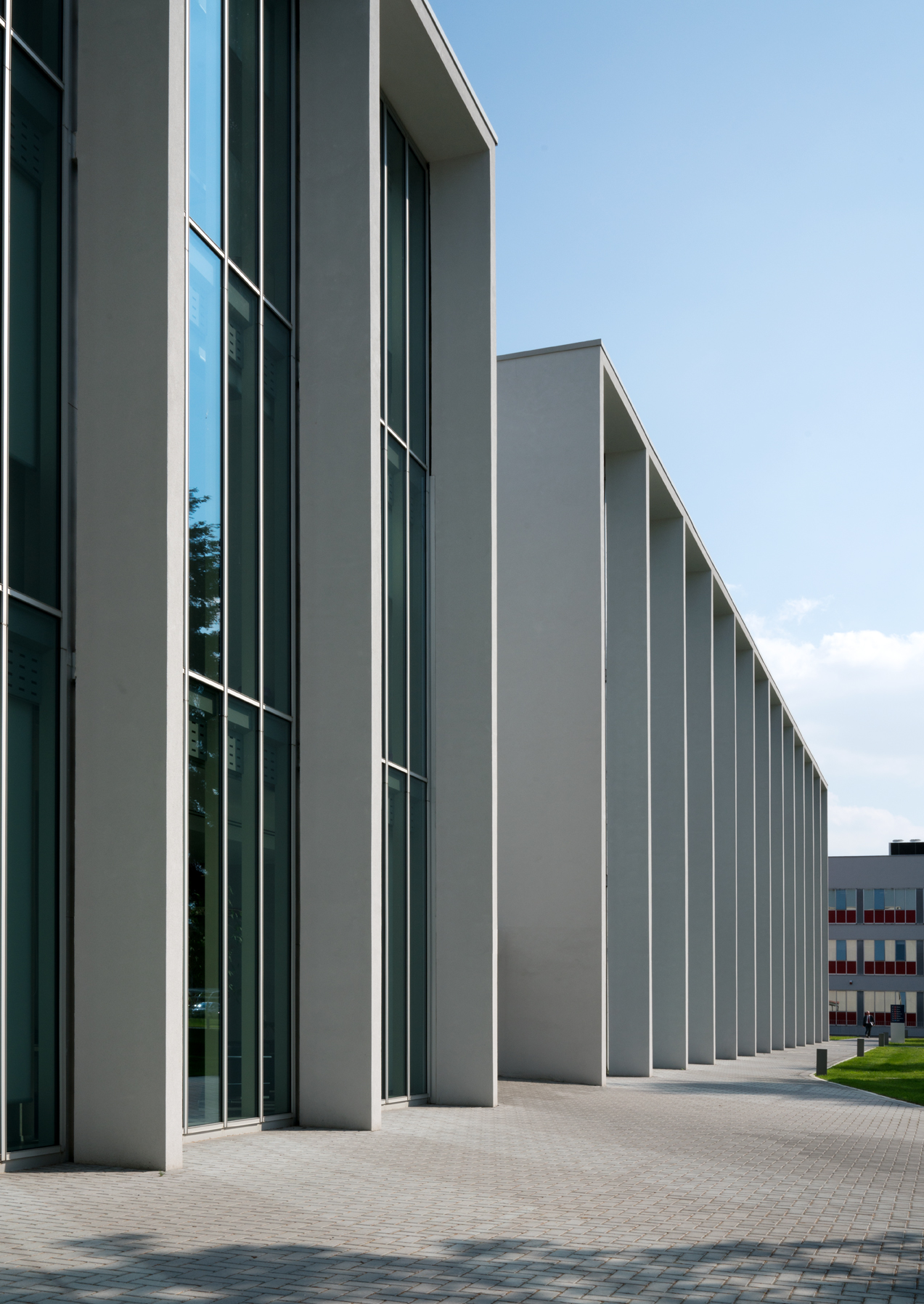 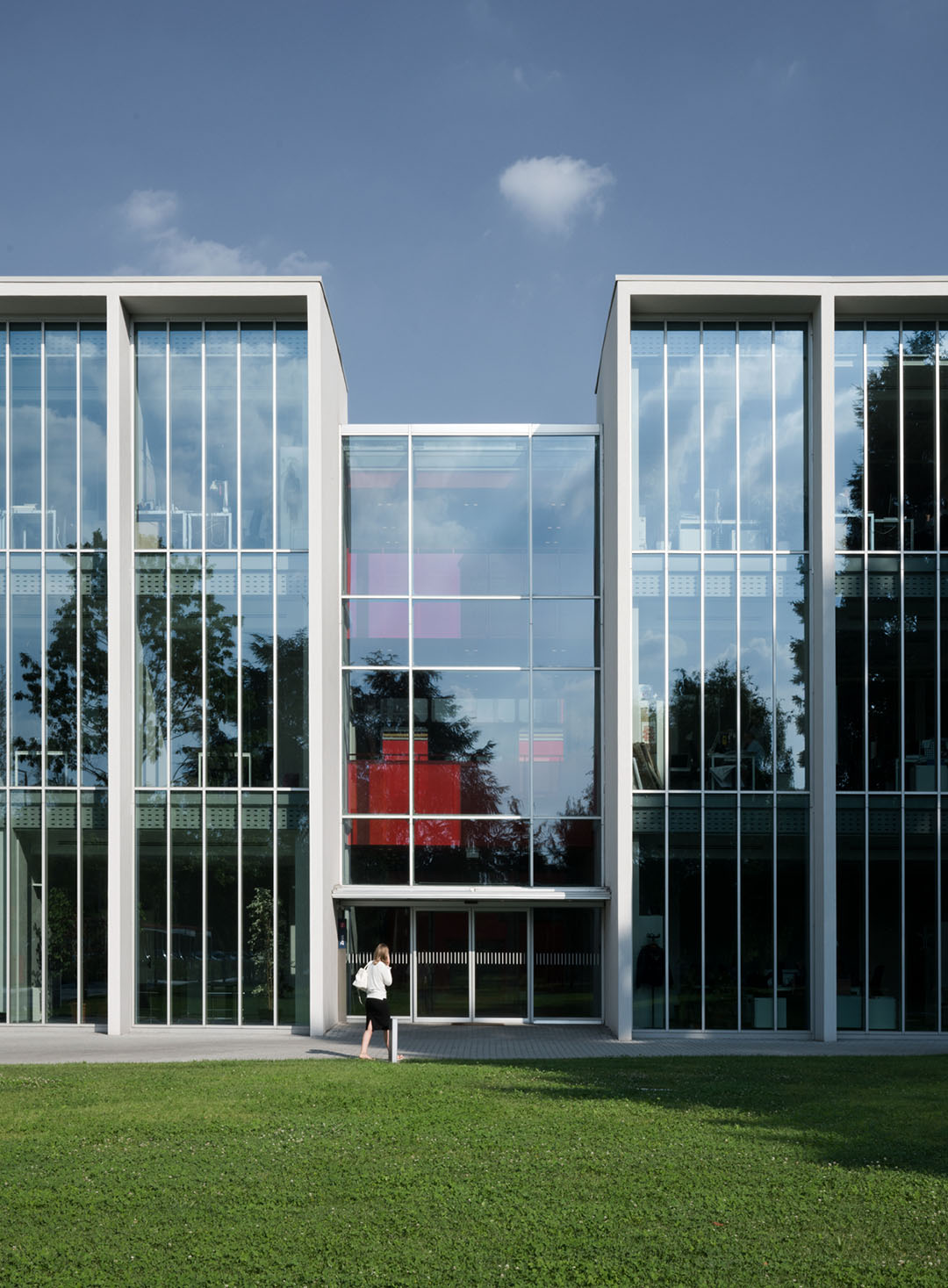 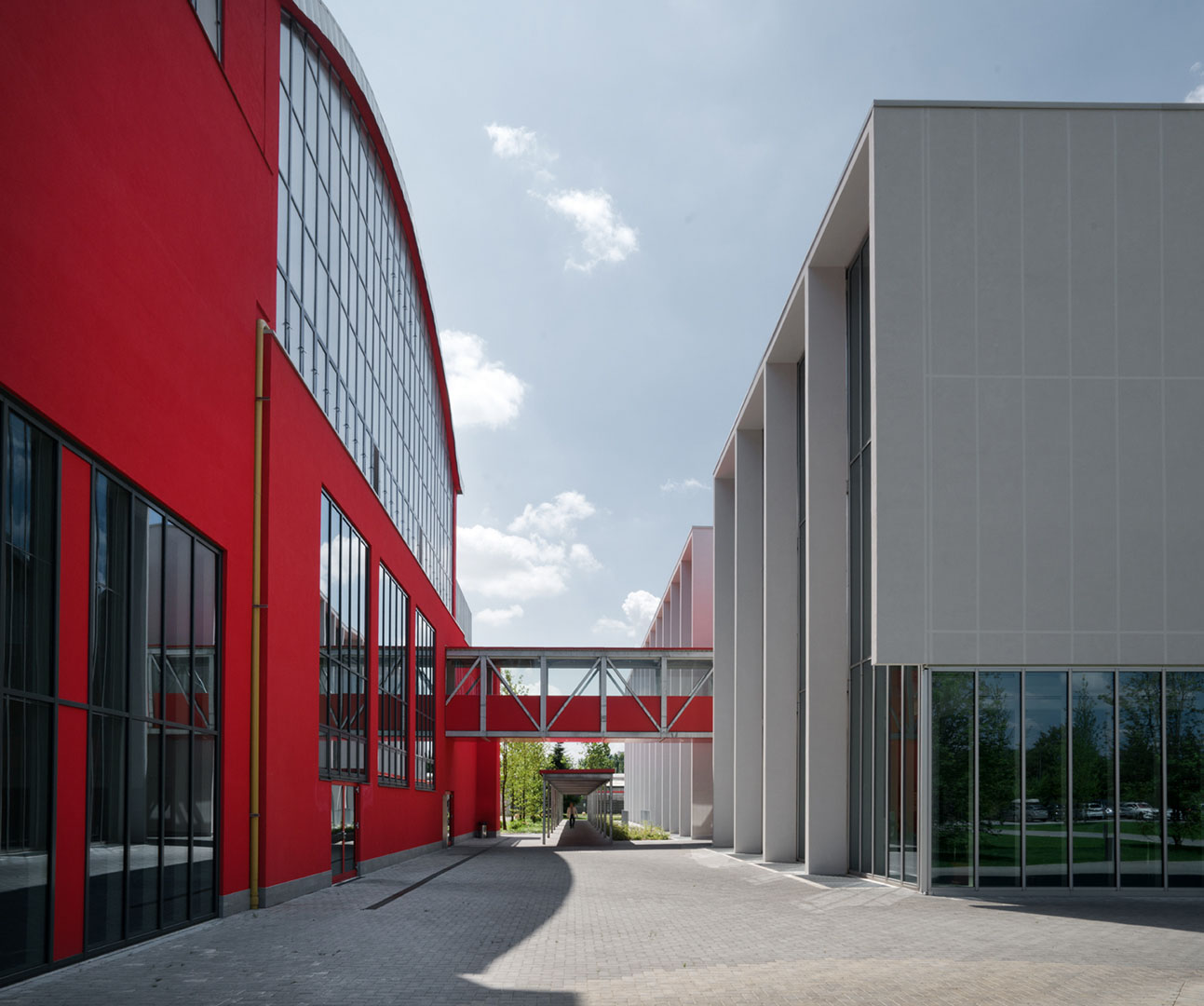 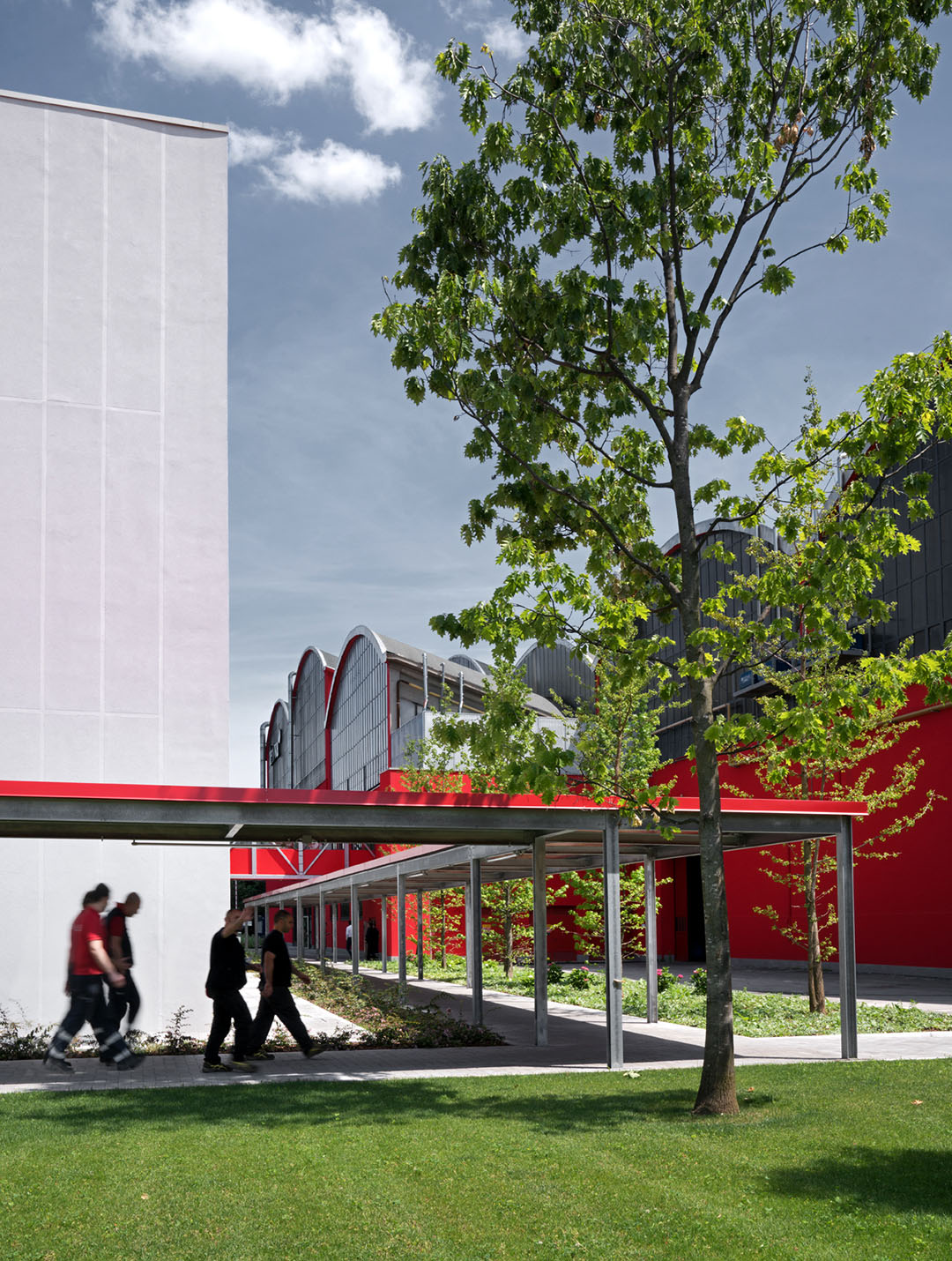 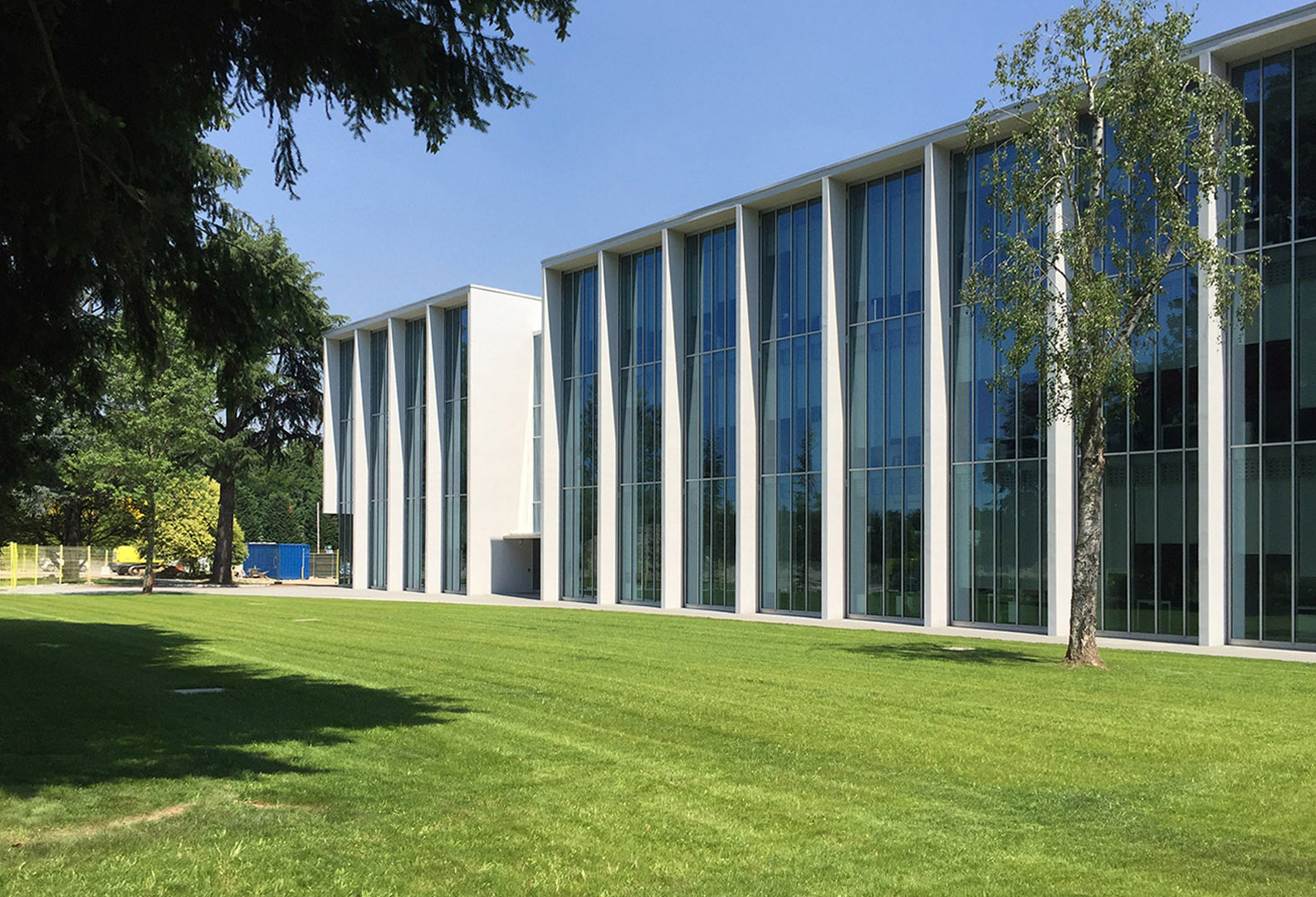 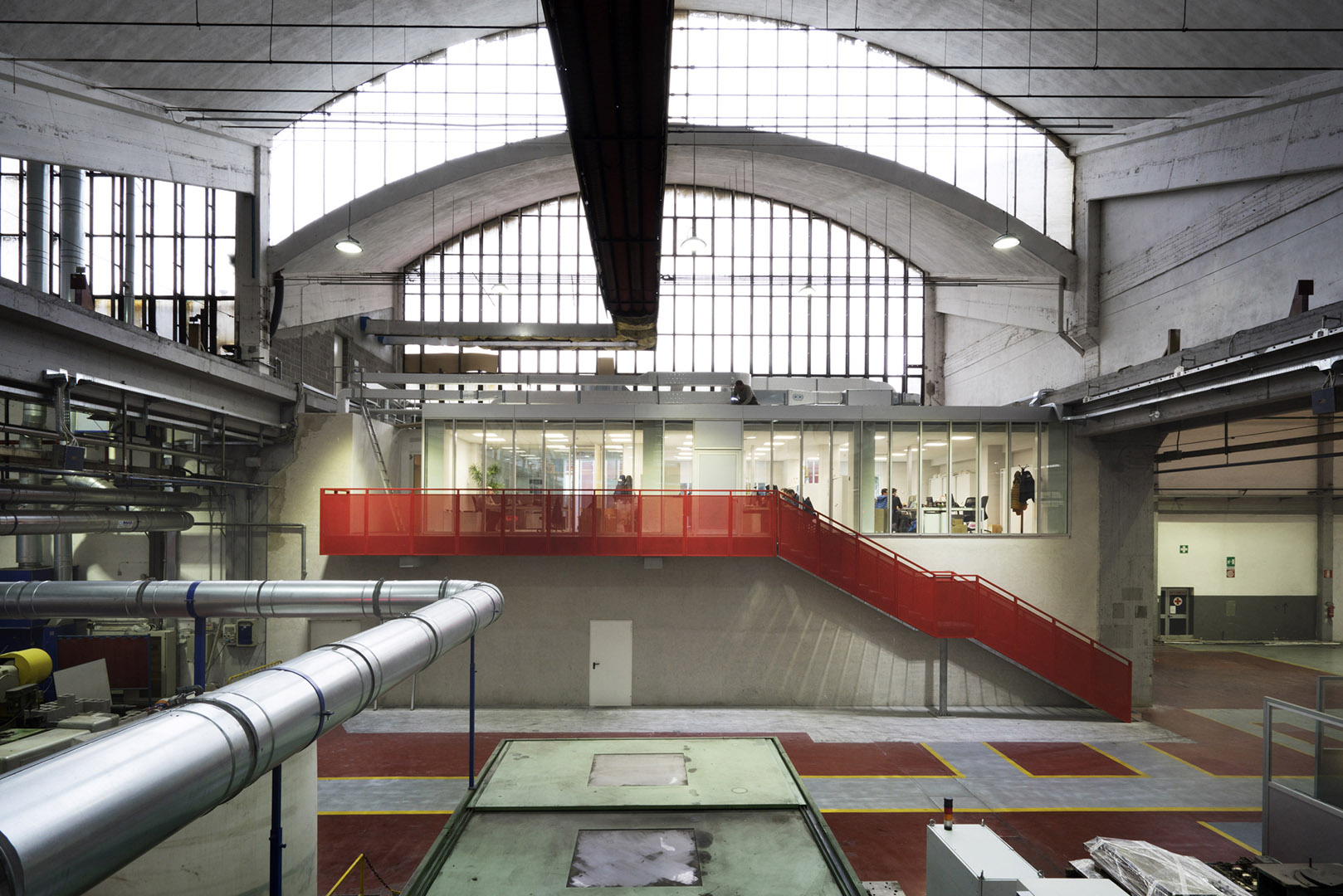 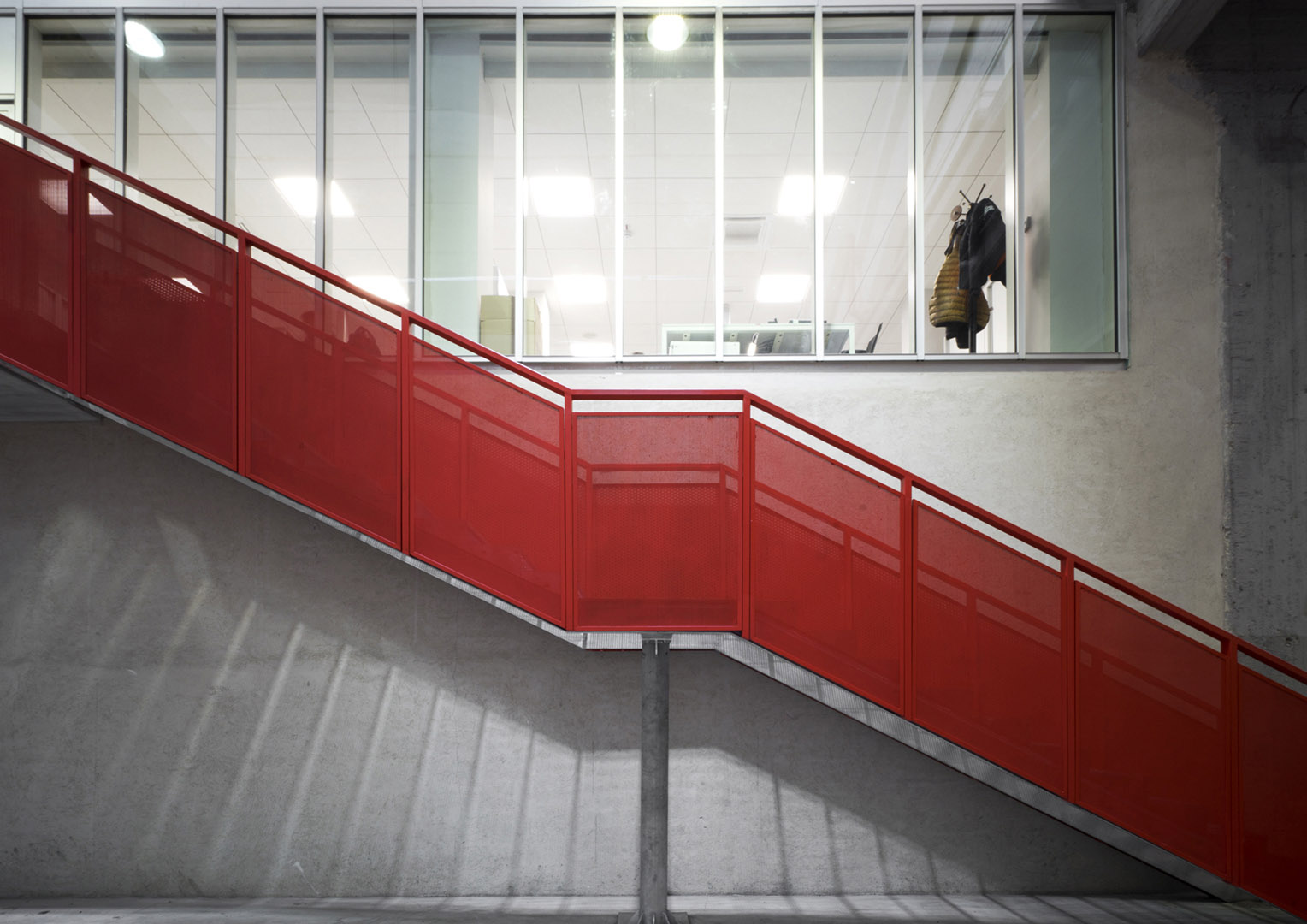 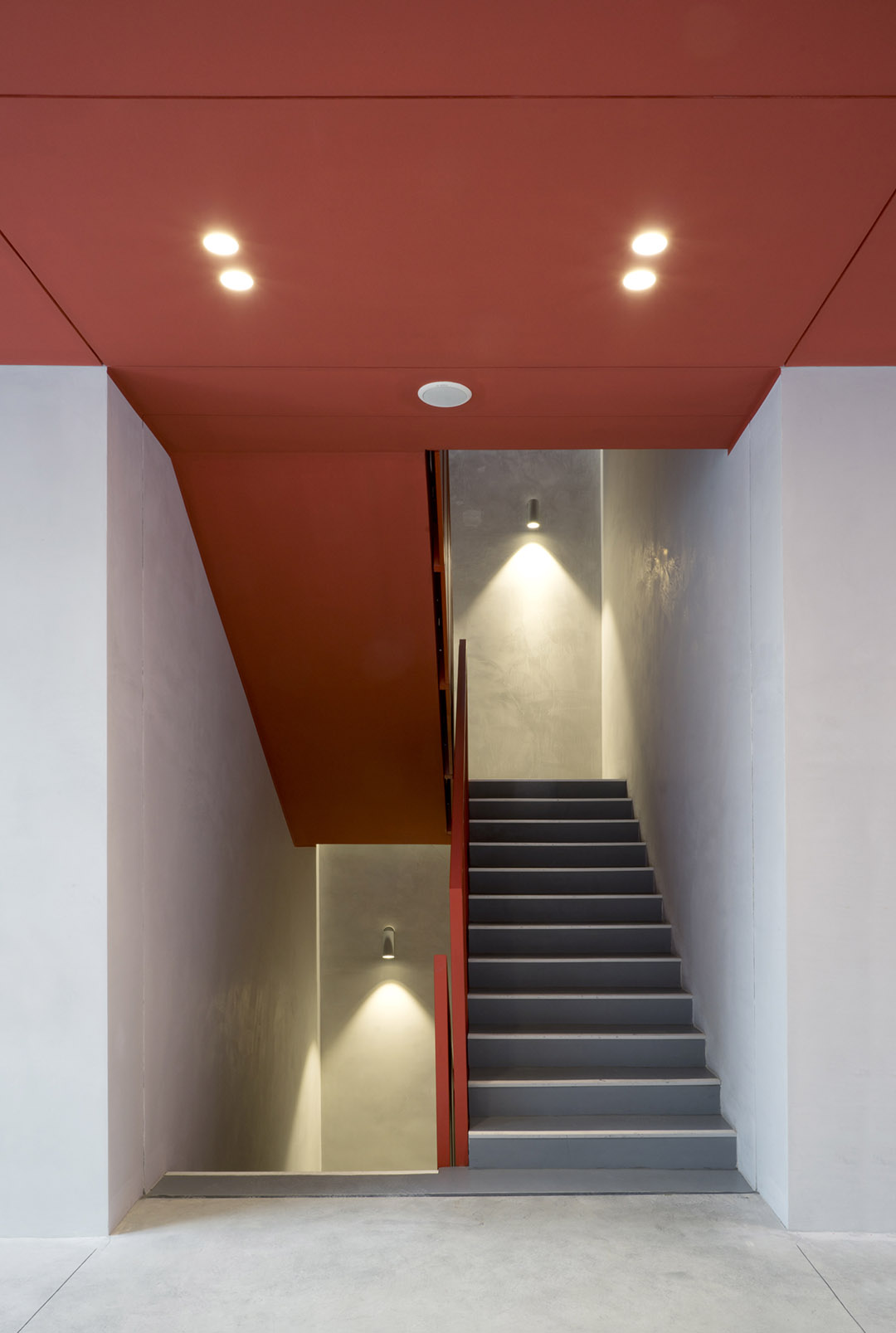 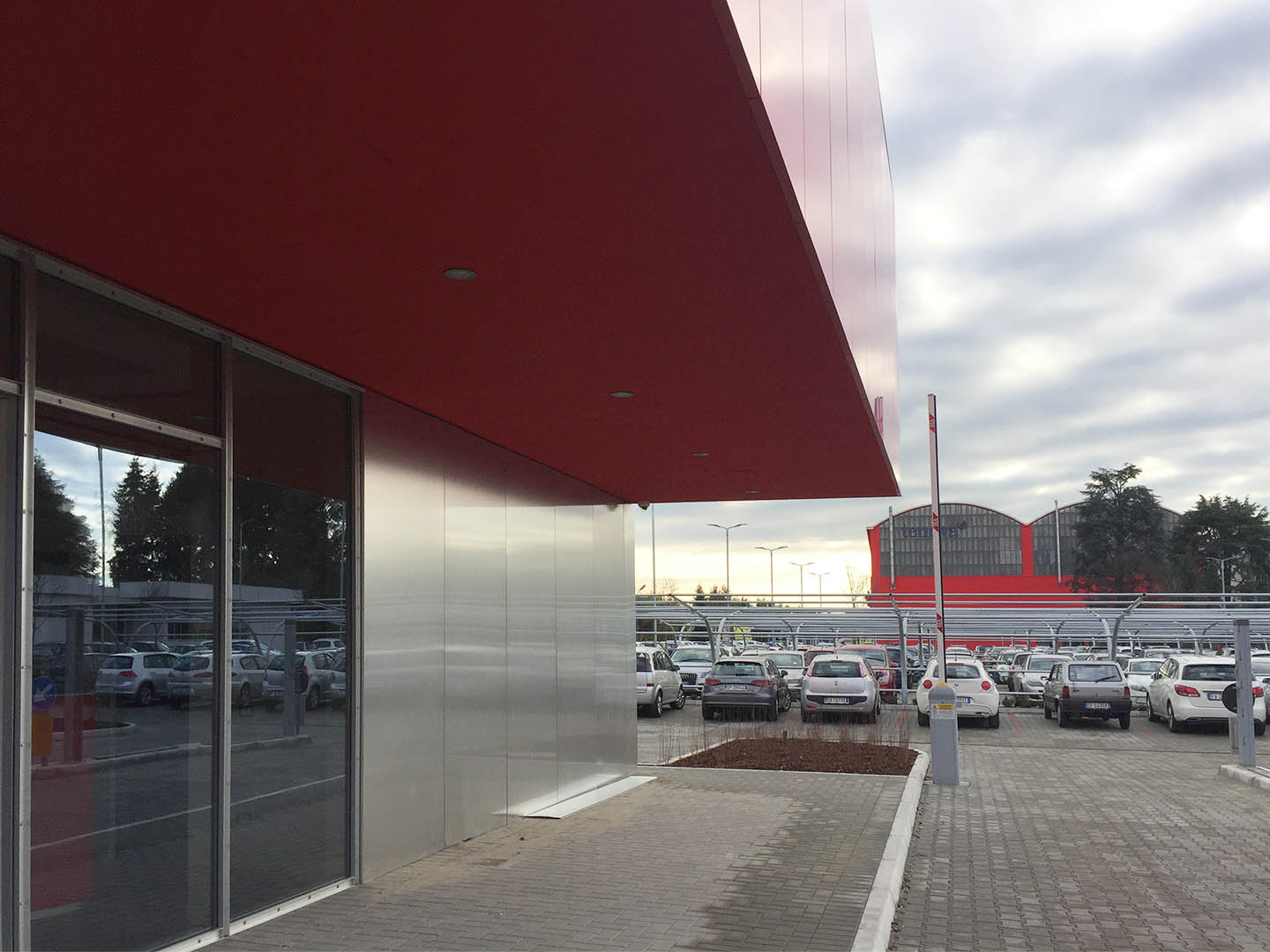 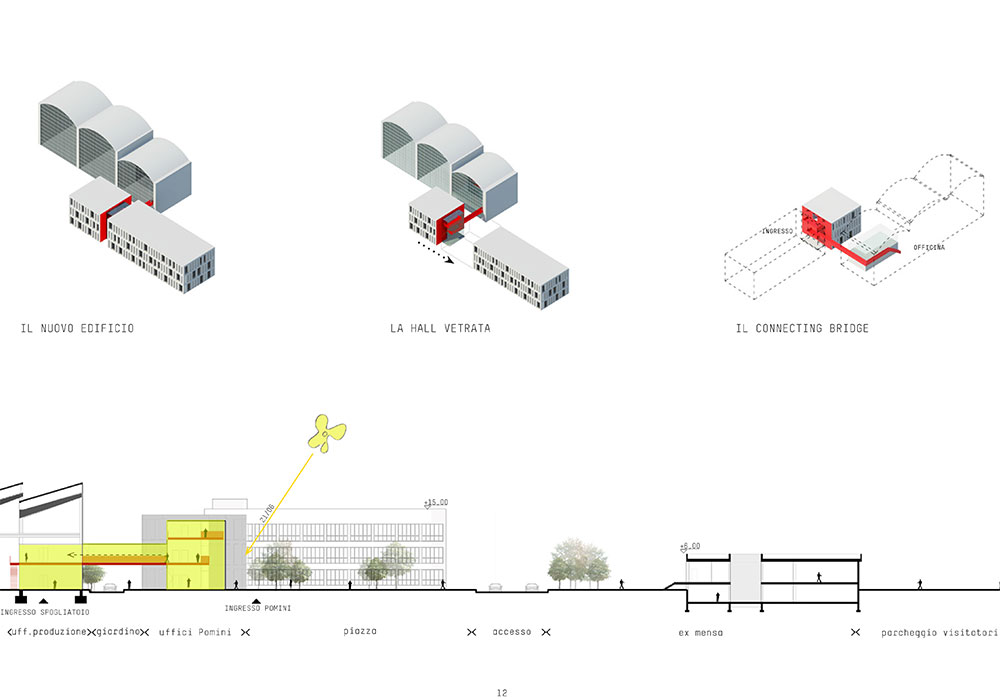 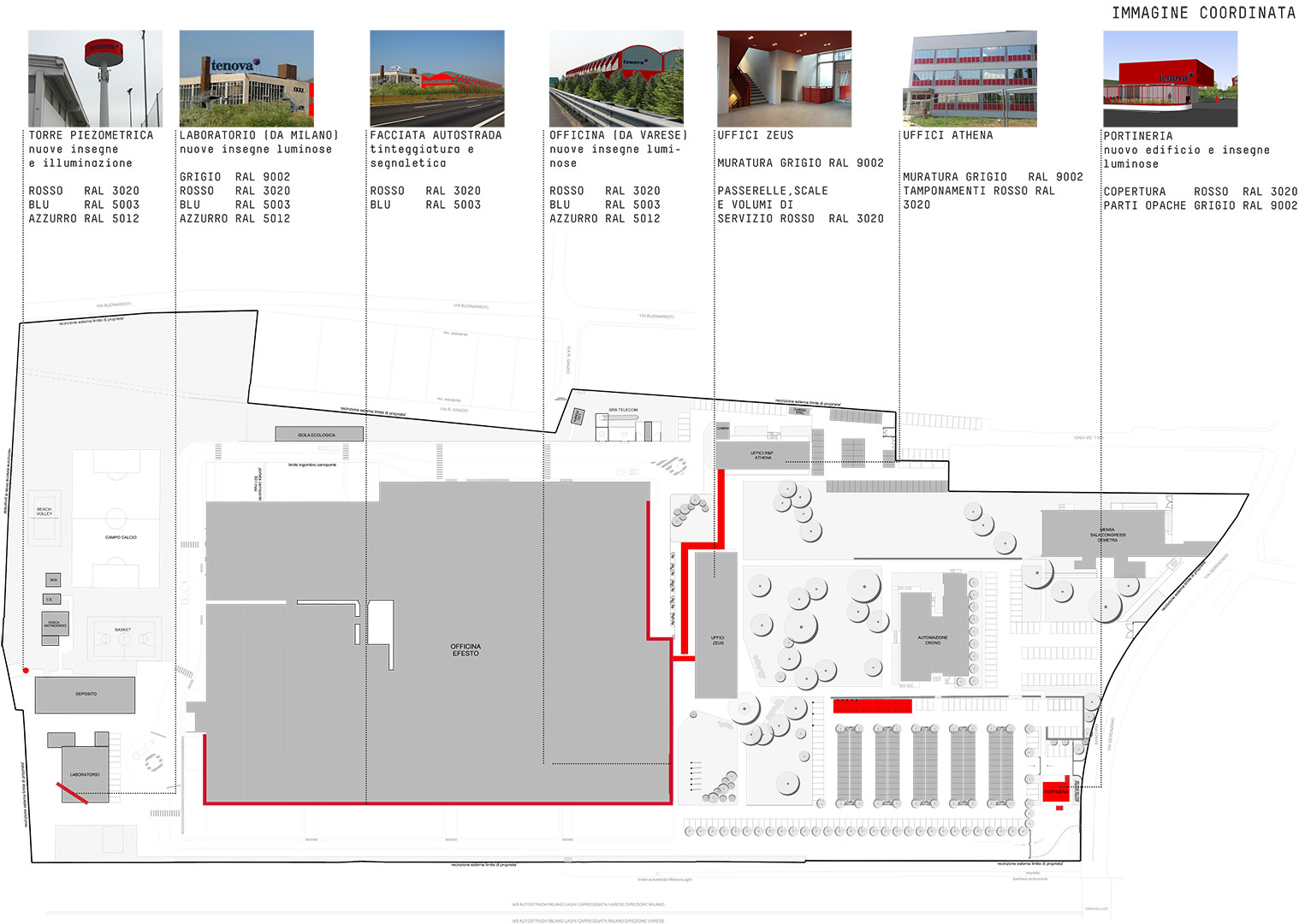 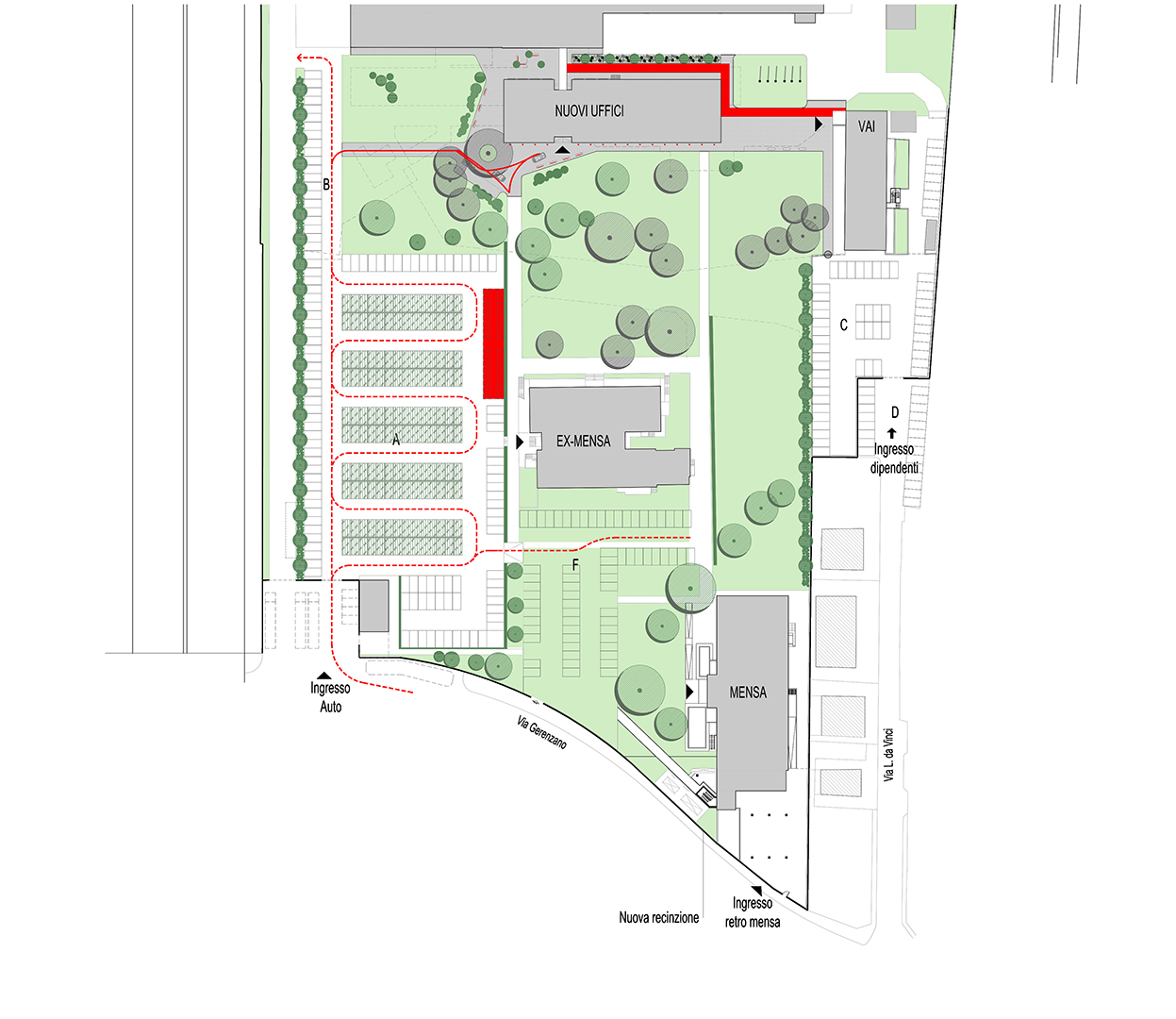 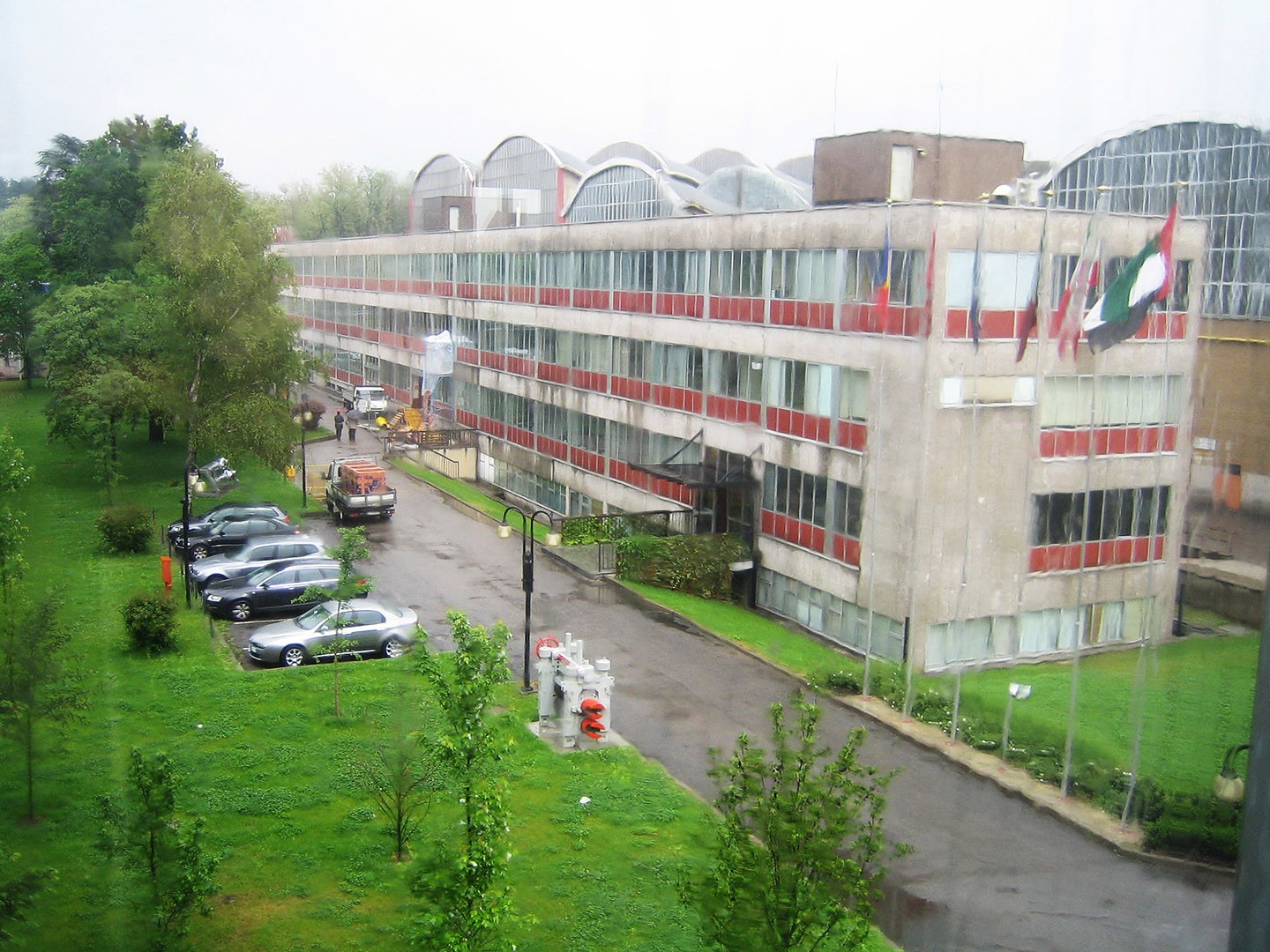 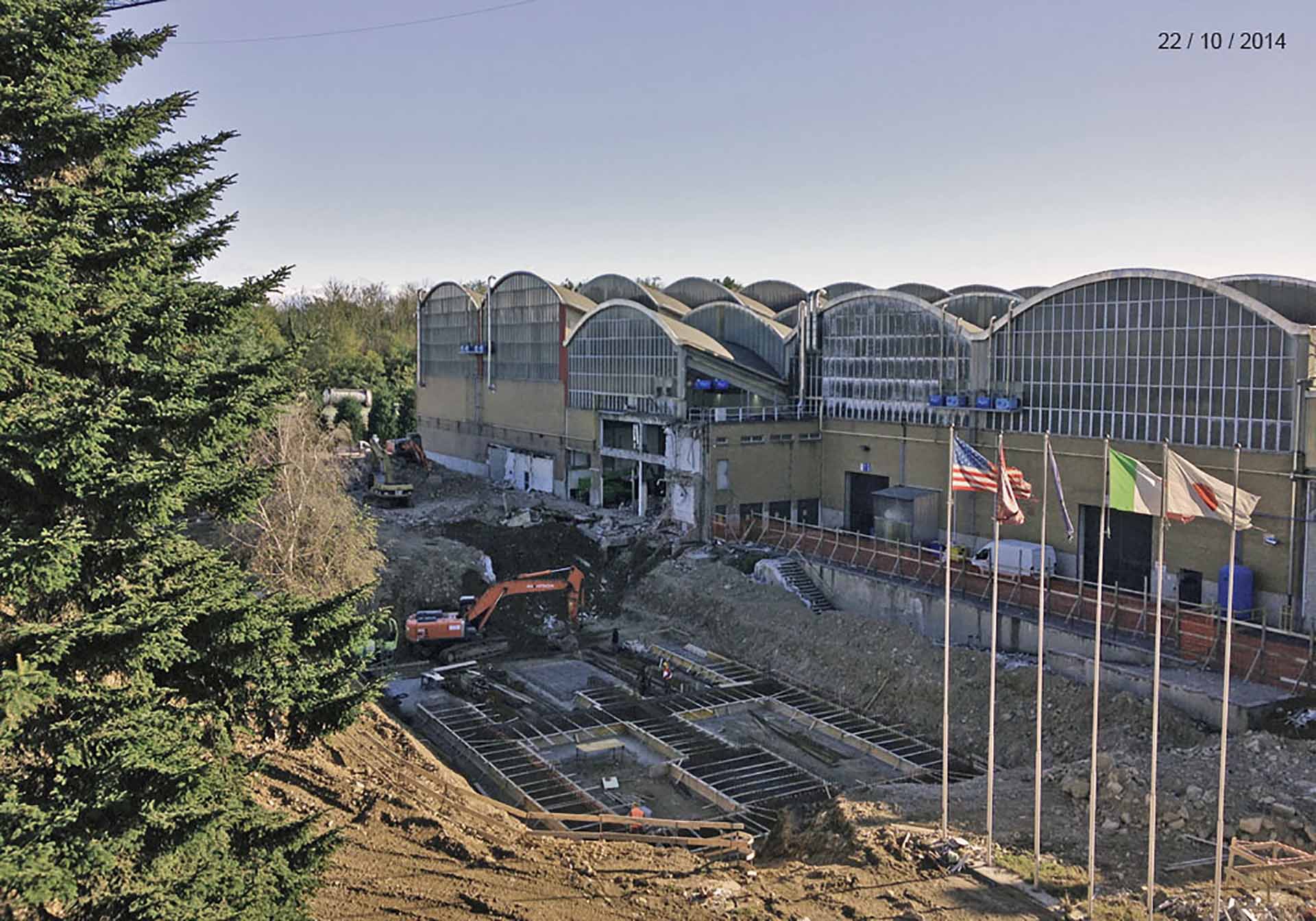 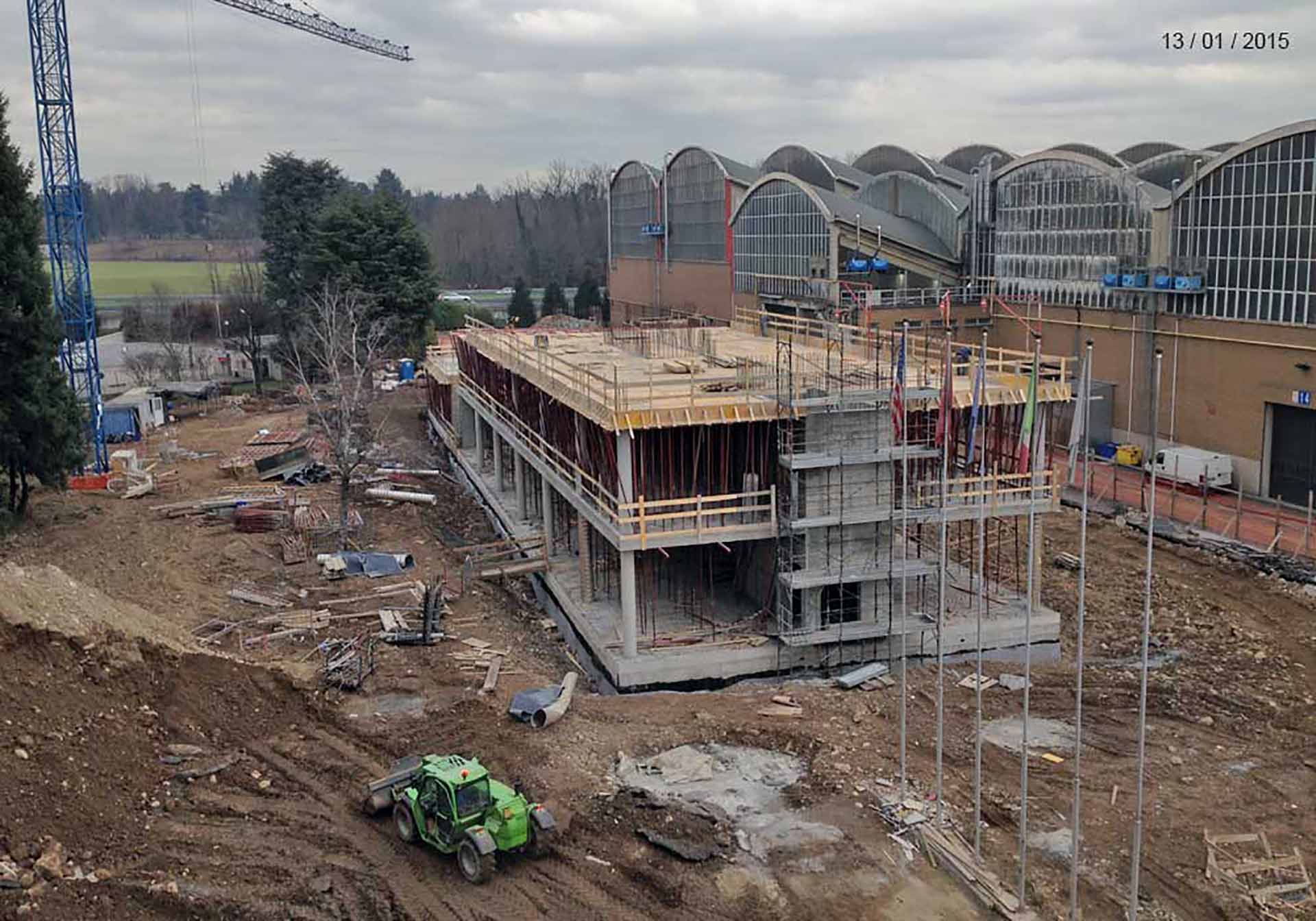 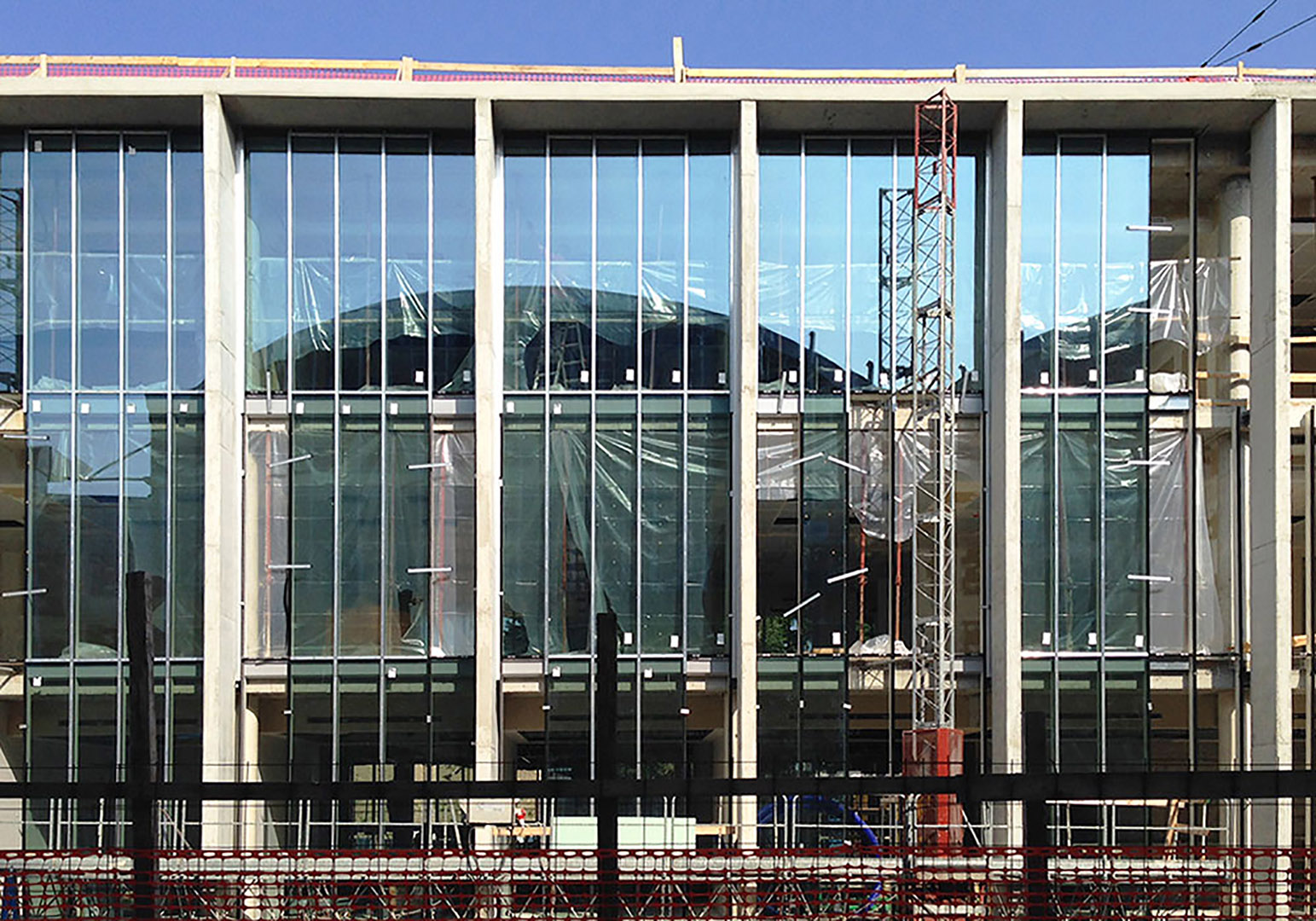 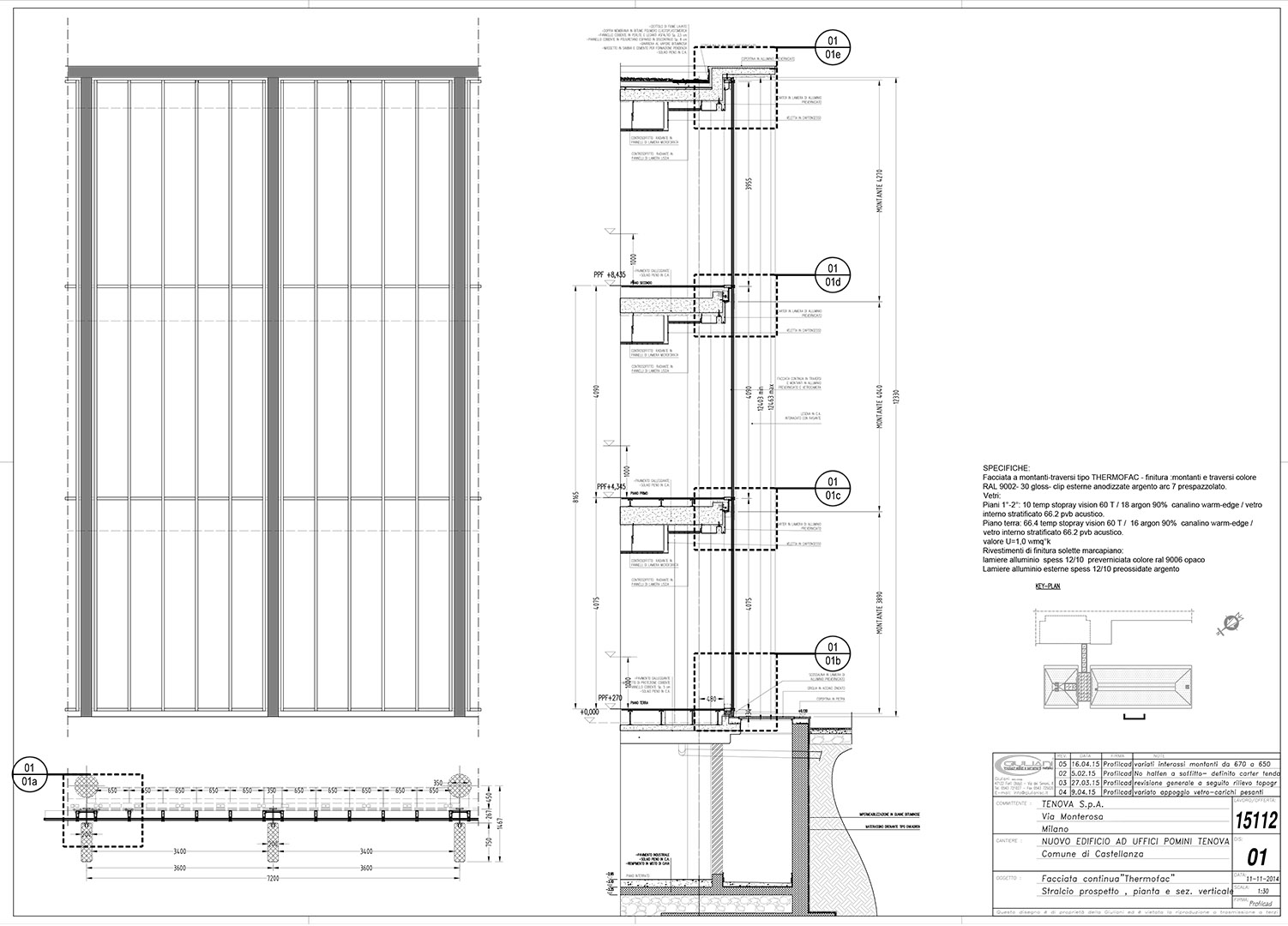 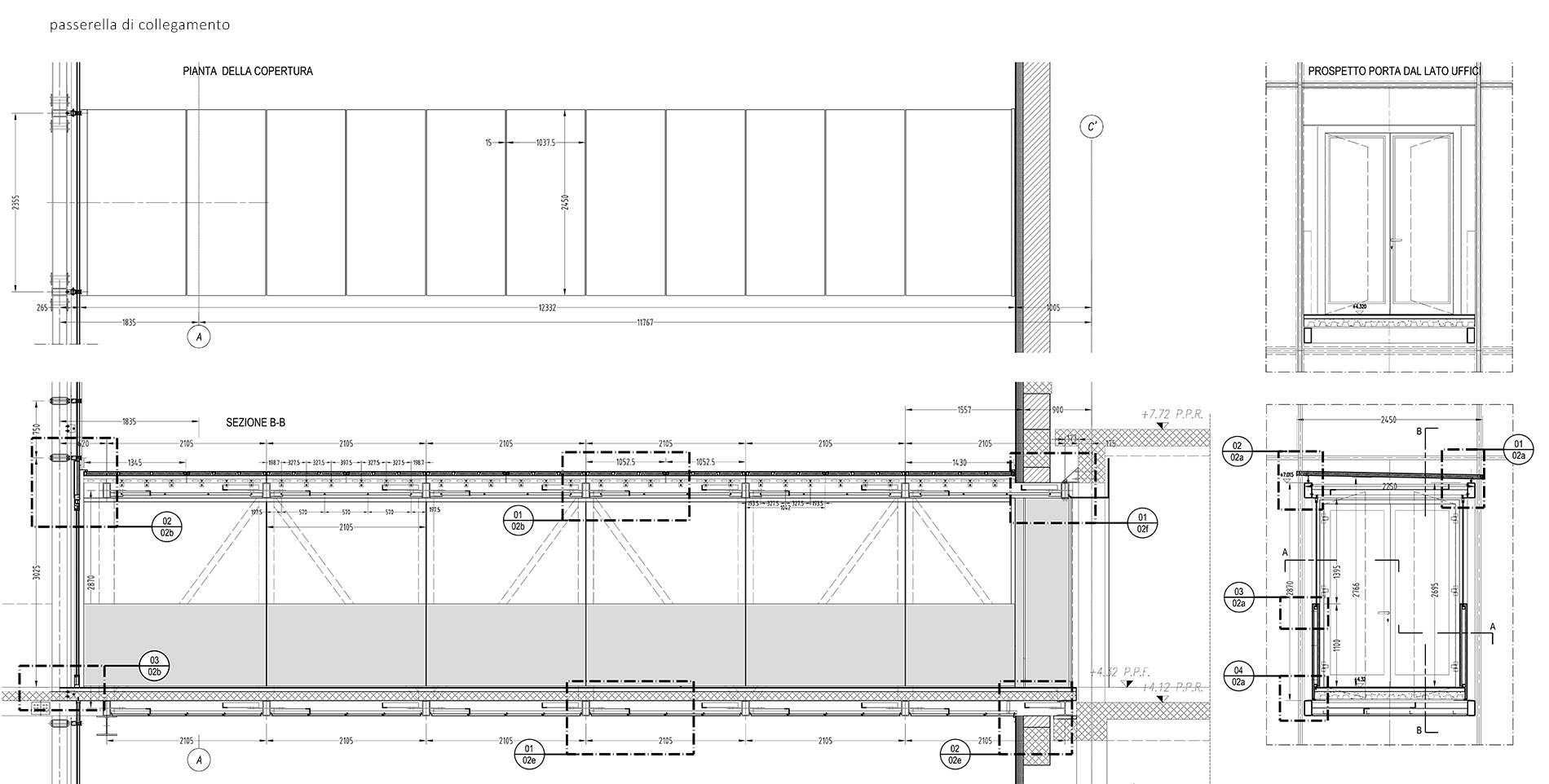